The Patriarchate of Jerusalem celebrated the Sunday feast of the Adoration of the Holy Cross at the Church of the Holy Sepulchre, on Sunday, March 27, 2022.

This feast was ordained by the Church to be celebrated in the middle of Holy and Great Lent so that the faithful could receive the strength of the protection of the Holy Cross in the struggle of fasting.

This feast was celebrated on Saturday afternoon with the Great Vespers Service, led by Patriarch Theophilus of Jerusalem. The service included the welcome reception and veneration of the slate of the Holy Deposition, the Holy Sepulchre, then the bells, the incense offering procedure, the Grand Entrance and the Blessing of bread, with the co-prayer of the High Priests and the co-celebration of the Hagiotaphite Hieromonks.

The feast ended with the celebration of the Divine Liturgy on Sunday morning at the Holy Sepulchre, celebrated by Patriarch Theophilus of Jerusalem. The Patriarch’s co-celebrants were Metropolitan Isychios of Kapitolias, Metropolitan Ivan of the Patriarchate of Serbia, the Archbishops, Theophanes of Gerassa, Aristarchos of Constantine, Methodios of Tabor, Theodosios of Sebastia, Nectarios of Anthedona, the Hagiotaphite hieromonks and those of the Patriarchates of Moscow and Romania, Priests of other Orthodox Churches, in the presence of the Consul General of Greece in Jerusalem Evangelos Vlioras. The chant was delivered by Hierodeacon Simeon and Gotsopoulos and the service was attended by members of the Jerusalem community and pilgrims, as well as a group of Orthodox Arabic-speaking worshipers from Ai-Labun under the direction of the father. Spyridon.

The Divine Liturgy concluded with a litany three times around the Holy Sepulcher and the shrines.

Finally, the congregation proceeded to the reception hall of the Patriarchate where the Patriarch delivered the following speech:

“In the paradise of yesteryear, the tree exposed me; for by giving me his fruit to eat, the enemy has brought death. But now the Tree of the Cross which clothes men in the garment of life has been erected on the earth and the whole world is filled with boundless joy. Revered seer, O people, let us raise up with one accord in faith our cry to God: His house is full of glory! proclaims the hymnographer of the Church (Matins, Triodion, Tropaire 1).

Your Excellency the Consul General of Greece in Jerusalem Mr. Evangelos Vlioras,

Our Holy Church celebrates the 3rd Sunday of Lent, the day of adoration of the Holy Cross, in the middle of the period of Holy Lent.

The wood that stripped us of paradise and brought death, that very wood became the Cross of our Savior Christ, bringing us the garment of life. And this because, according to Saint Theodore the Studite, “the Church has revealed herself as a second Paradise, having within her, like the first Paradise of old, a tree of life, Your Cross, O Lord. By touching it, we share immortality” (Triodion, Ode 5, Tropaire 4). This immortality is none other than Christ himself, “who alone possesses immortality, dwelling in a light which no one can approach” (1 Timothy 6:16), according to Saint Paul.

We also become partakers of the energy of that light which no one can approach, my dear brothers, through the veneration of the Holy Cross. And this because, as Saint Paul says: “But we preach Christ crucified, a scandal for the Jews, and madness for the Greeks; But to those who are called, Jews and Greeks, Christ, the power of God and the wisdom of God” (1 Corinthians 1:23-24).

Precisely because the life-giving Cross brings with It divine justice and the power of the Crucified over It, It has become a weapon against the devil, which is why St. , but to us who are saved it is the power of God” (1 Cor. 1:18). And the hymnographer joyfully exclaims: “Today the ranks of angels dance with joy in veneration of Your Cross. For by the Cross, O Christ, you have crushed the armies of demons and saved mankind” (Triodion Ode 5, Tropaire 3). According to Saint John Damascene, the sacred wood of the Cross is “truly sacred, where Christ offered himself as a sacrifice for us…and he was sanctified by the touch of the Holy Body and Blood”. This is why “we venerate the type of the sacred and life-giving Cross, even if it is made of a different material, without adoring the material [let it not be so] but the type of as a symbol of Christ”.

Today the Holy Church of Christ projects the Holy Cross in adoration, which we, who live in the holy city of Jerusalem, “have adored in place of his footstool” (Psalm 132:7), that is, say the Holy Church of the Resurrection, in order to receive the grace and power to complete the struggle of Holy Lent. Let us therefore say with the hymnographer: “What shall we offer you, O Christ? For you gave us to venerate your precious cross, on which your holy blood was shed, to which your flesh was fastened with nails. With love we embrace it and give you thanks” (Triodion, Ode 4, Tropaire 4).

Amen. Many happy returns and a Happy Easter!” 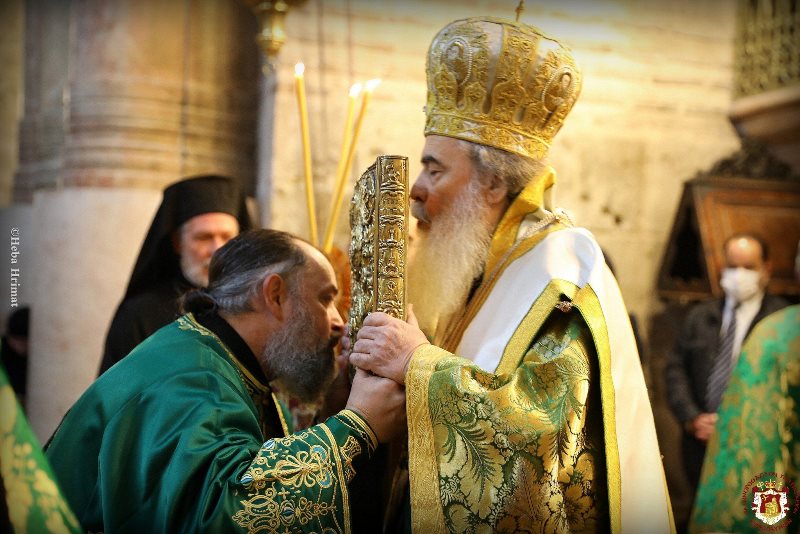 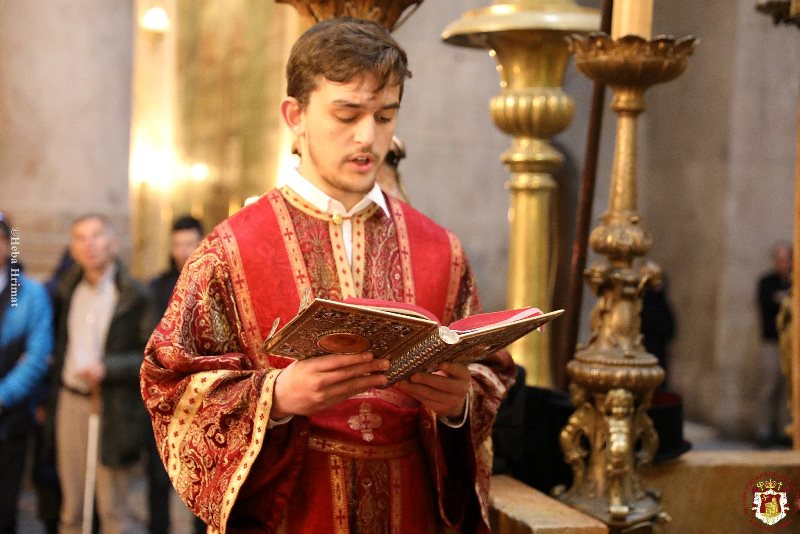 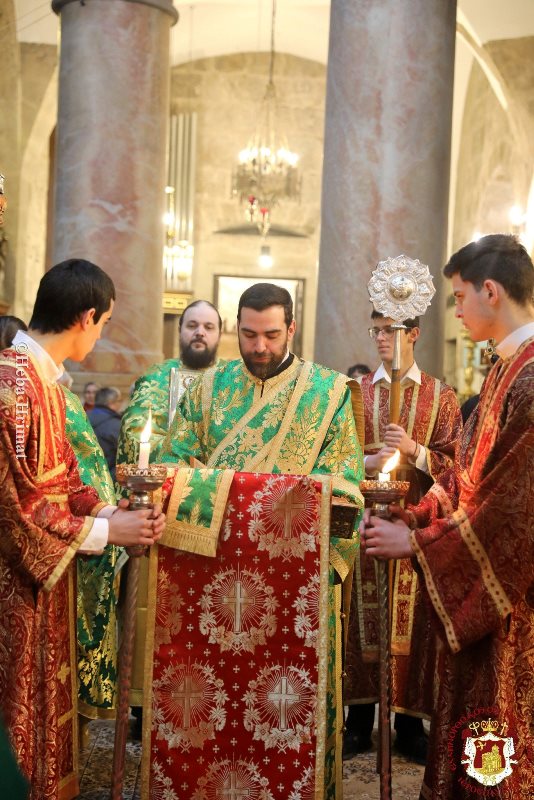 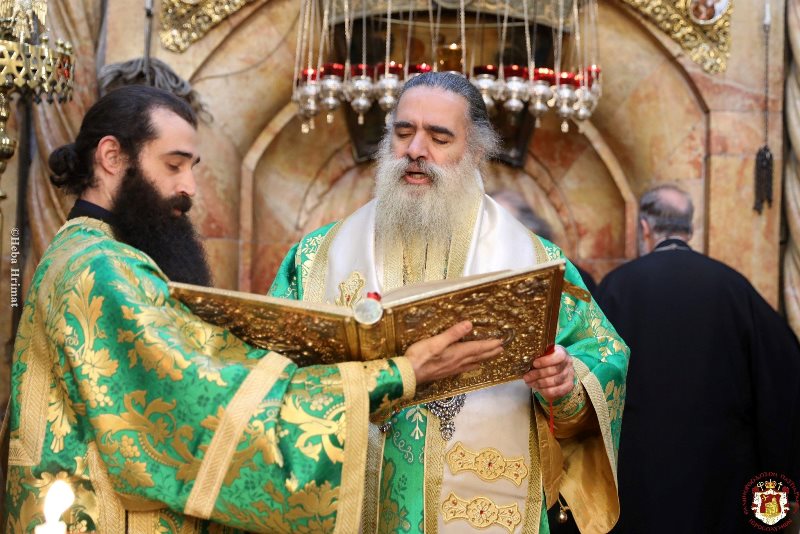 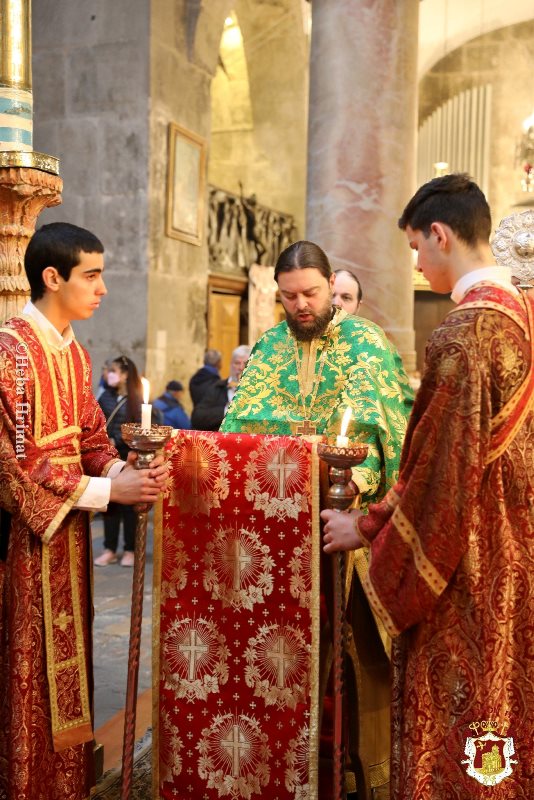 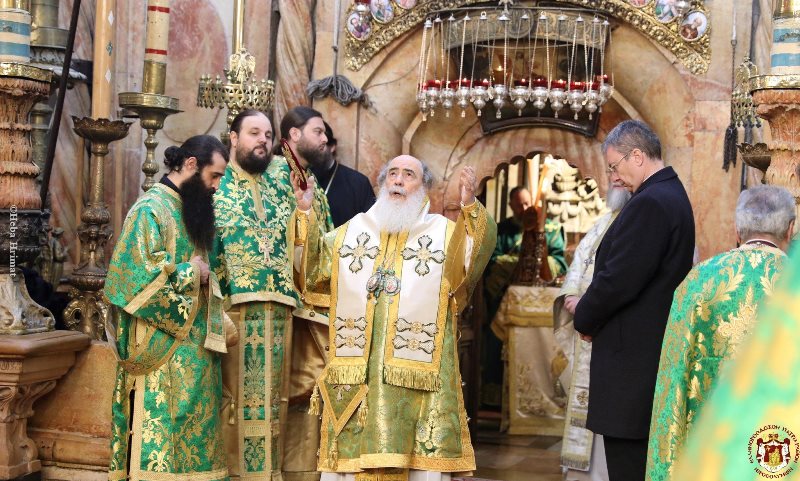 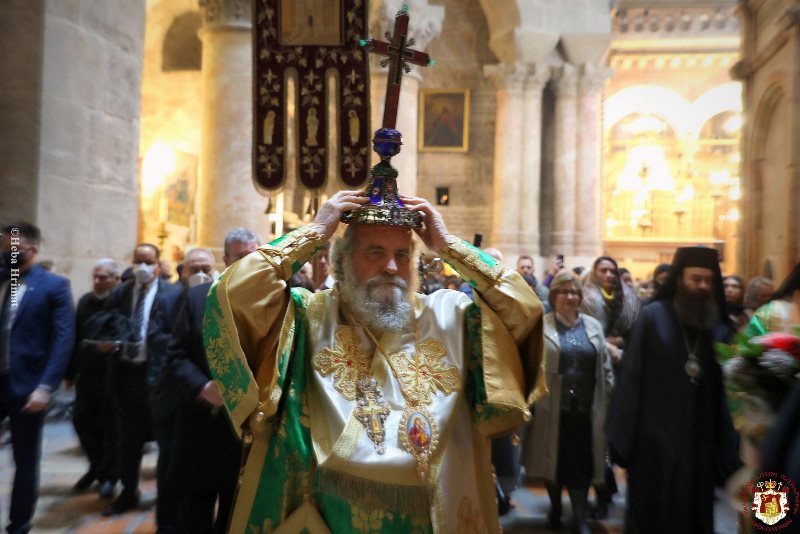 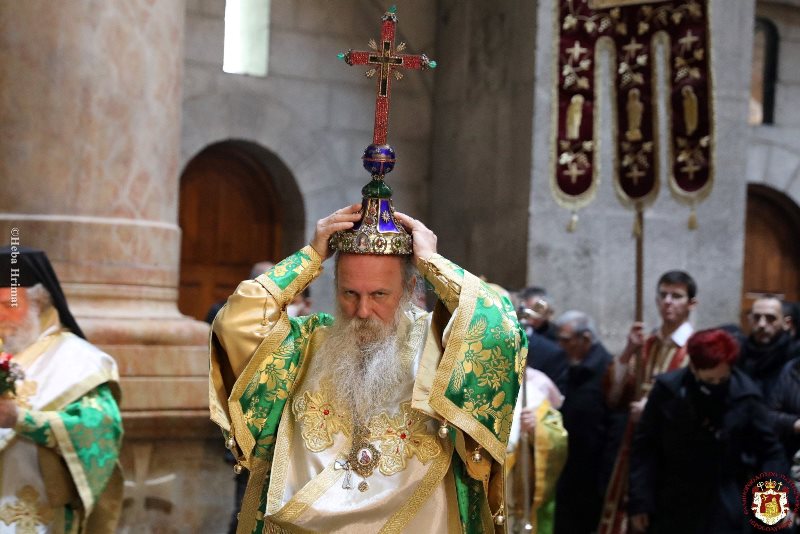 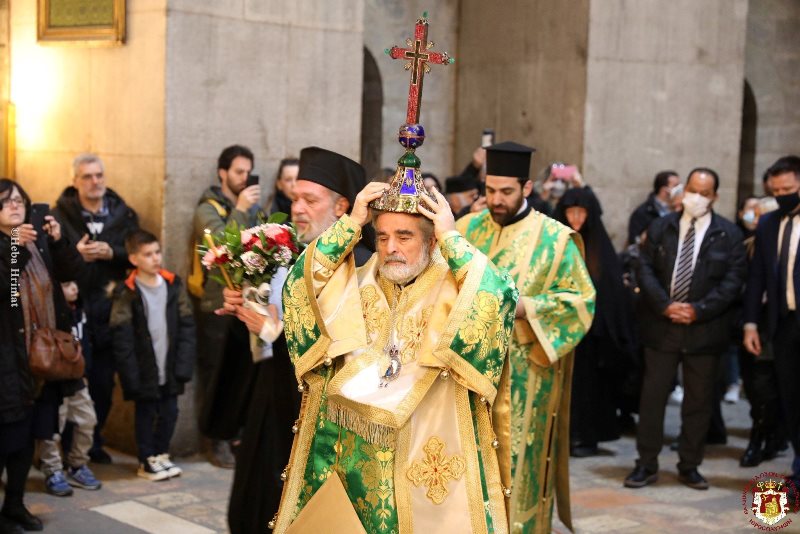 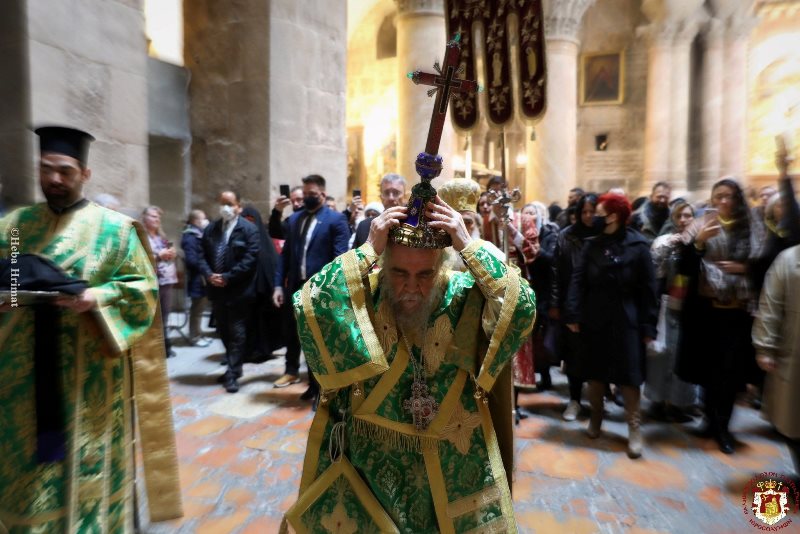 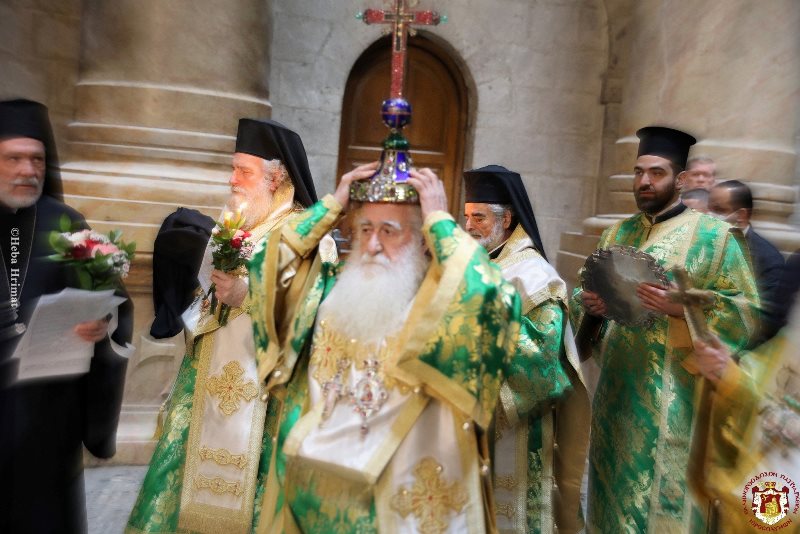 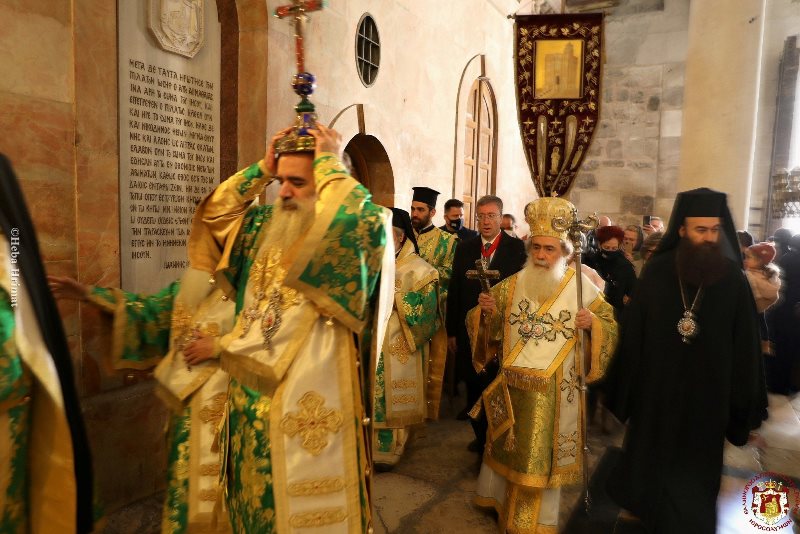 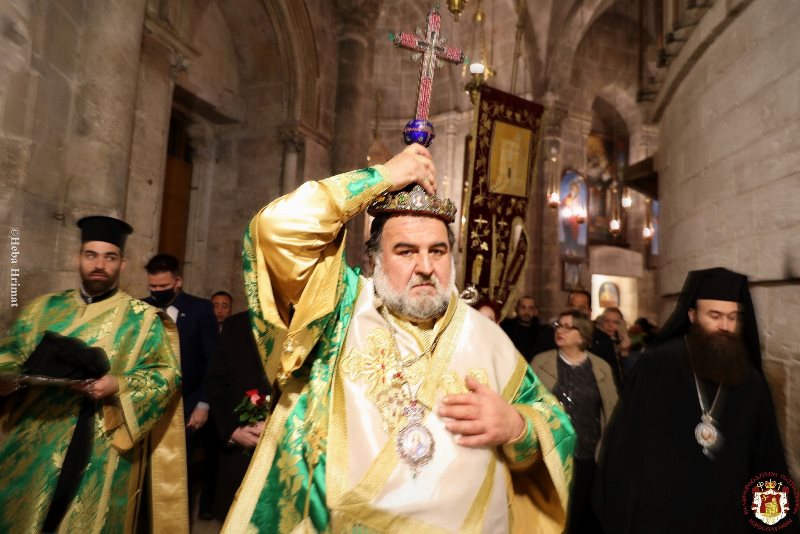 Softball is at home against Furman and Holy Cross

TALLAHASSEE, FLA. – The third-ranked Florida State softball team (19-1) continues its home stretch with a pair of midweek games against Furman (9-9) on Tuesday, March 8 at 6 p.m. and against Holy Cross (2-7) Wednesday. March 9 at 6 p.m. Both games will be on ACCNX. Florida State is 12-1 against Furman. The last […]