On Sunday March 27, Sunday of the Veneration of the Holy Cross, a Divine Liturgy was celebrated at the Holy Monastery “Axion Esti” in Northcote, Victoria, by Bishop Evmenios of Kerasounta, accompanied by the dean of the monastery, Father Spyridon Bonias and the assistant priest, Father Iordanis Krikelis, in the presence of a large number of believers.

Bishop Evmenios spoke to the congregation about the importance of the day, noting, among other things: “We are in the middle of Lent. We need help and encouragement. On the other hand, having endured this fatigue and climbed the mountain to this point, we begin to see the end of our journey, and the rays of Paschal Light become more intense.

Lent is the crucifixion of ourselves, it is the experience – albeit limited – that we draw from the commandment of Christ which is heard in the reading of this Sunday’s Gospel: “He who wants to follow, let him deny himself, take up his cross and follow me”.

But we cannot lift up our cross and follow Christ if we don’t look to the Cross that He Himself raised to save us. His Cross, not ours, is the one that saves us. His Cross is the one that gives meaning but also power to others. This is what the Synaxarion explains to us this Sunday. ”

This was followed by the officiating of the memorial service by Bishop Evmenios and Father Iordanis Krikelis for the remnant of the souls of those who heroically fought and fell during the Greek Revolution.

Then, wreaths were laid at the monument in front of the main entrance of the Holy Monastery “Axion Esti”, in a ceremony organized by the Board of Directors and the President of the Panhellenic Association of Greek Veterans and Reserves in Australia, Panagiotis Dourios.

After the memorial service and wreath laying, a meal was served in the reception hall of Axion Esti Monastery, where President Panagiotis Doureios thanked everyone for their presence and addressed the Consul General of Greece , Emmanuel Kakavelakis, who spoke about the solemnity of the day, underlining its importance and the enormous contribution of the heroes to the future of our country.

The reading of the message from the Chief of the General Staff of National Defense of Greece, General Konstantinos Floros, by little Eleni Kalymniou, sowed deep emotion in the room.

On Sunday afternoon, Bishop Evmenios of Kerasounta celebrated Lenten Vespers at the Holy Church of the Transfiguration of the Savior in Thomastown, accompanied by the Holy Clergy of the Archdiocesan District of Northcote.

In his sermon, Archbishop Evmenios referred to the Feast of the Annunciation of the Blessed Virgin Mary that we have been celebrating these days, emphasizing the need for our actions to be in accordance with the will of Almighty God.

“The Theotokos had been nurtured by her pious parents and the pious priesthood of the Temple, as she lay there waiting for the Saviour,” he emphasized and continued: “The mere announcement of his coming fulfilled his pure soul of an indescribable joy and a celestial jubilation.

The humble Virgin, baptized and bathed in the grace of the Holy Spirit, welcomed Gabriel’s words. This saving consent is the beginning of the salvation of the world.

In a hypothetical matter, if the Virgin Mary did not consent and accept to become the Mother of our Saviour, the incarnation of the Word would be impossible and salvation not realized.

The Most Holy Mouth of the Mother of God then represented the whole human race and its anguish to be saved from the bonds of sin and the devil.

Therefore, the Virgin Mary, after the Triune God, is the person who appears in the work of redemption of the human race”.

The bishop also made reference to the feast of the veneration of the Holy Cross and, in closing, reminded everyone that from now until the feast of Easter, we traditionally wish “a happy resurrection” ” Καλή Ανάσταση” to all. 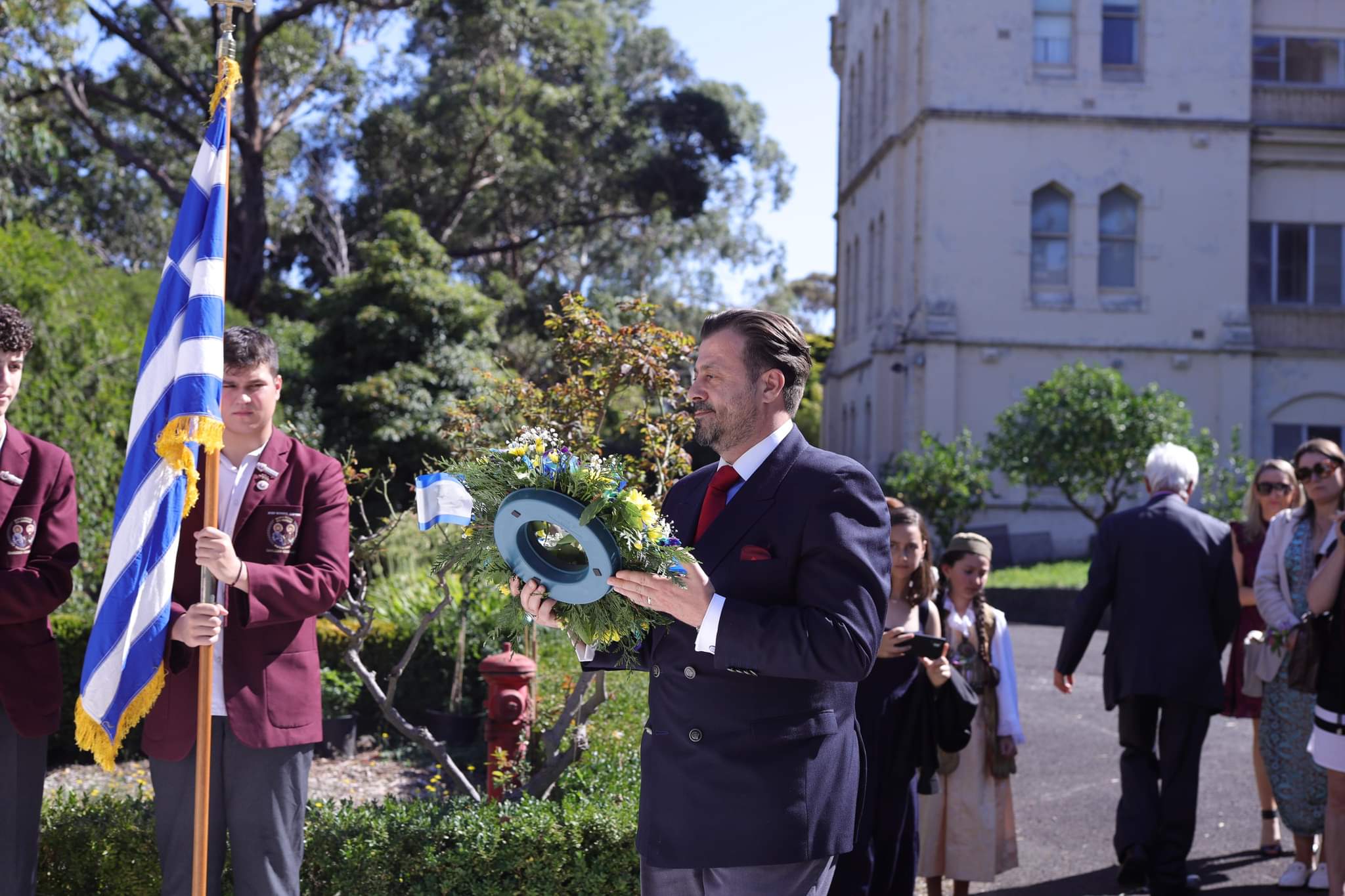 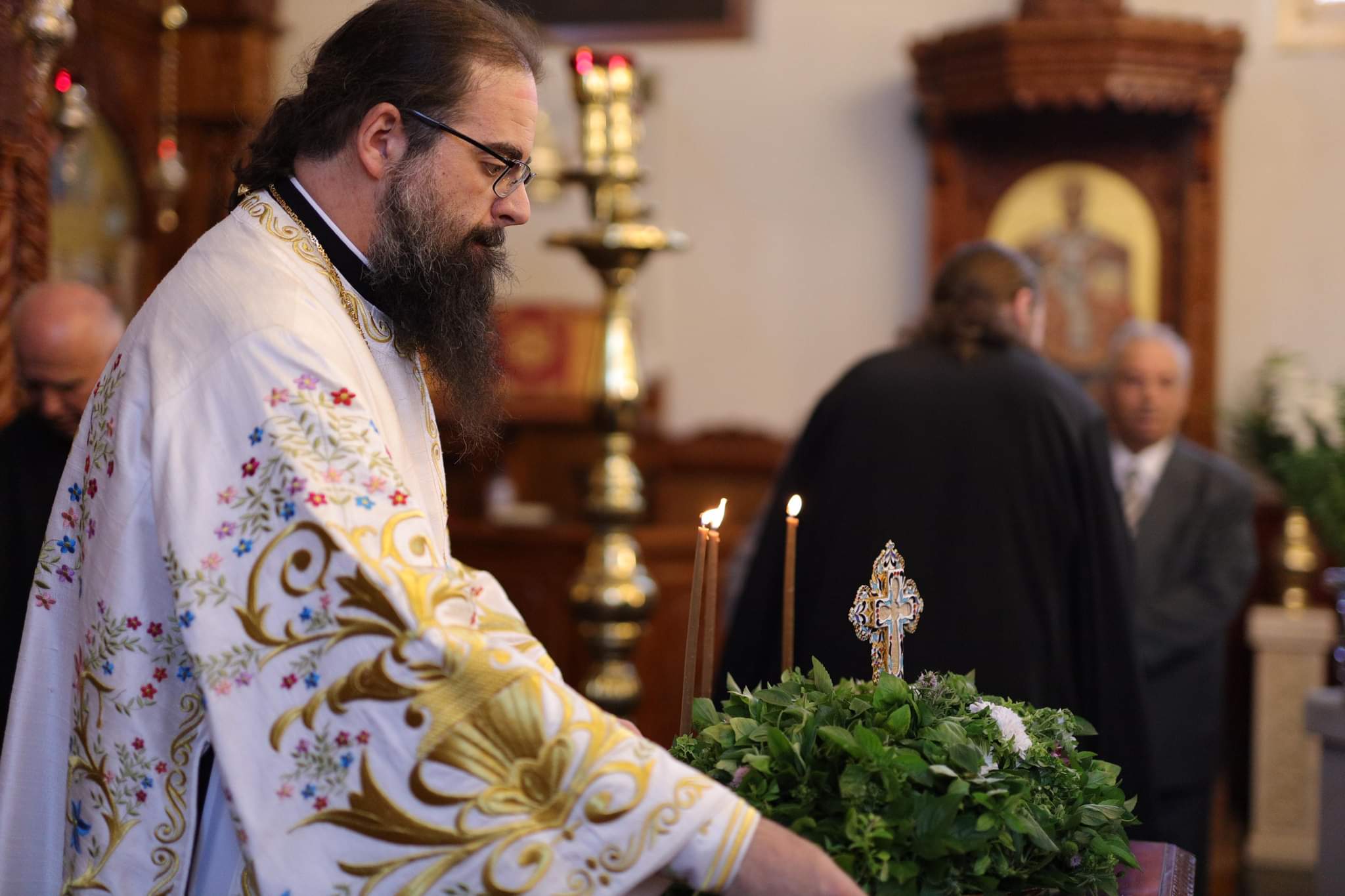 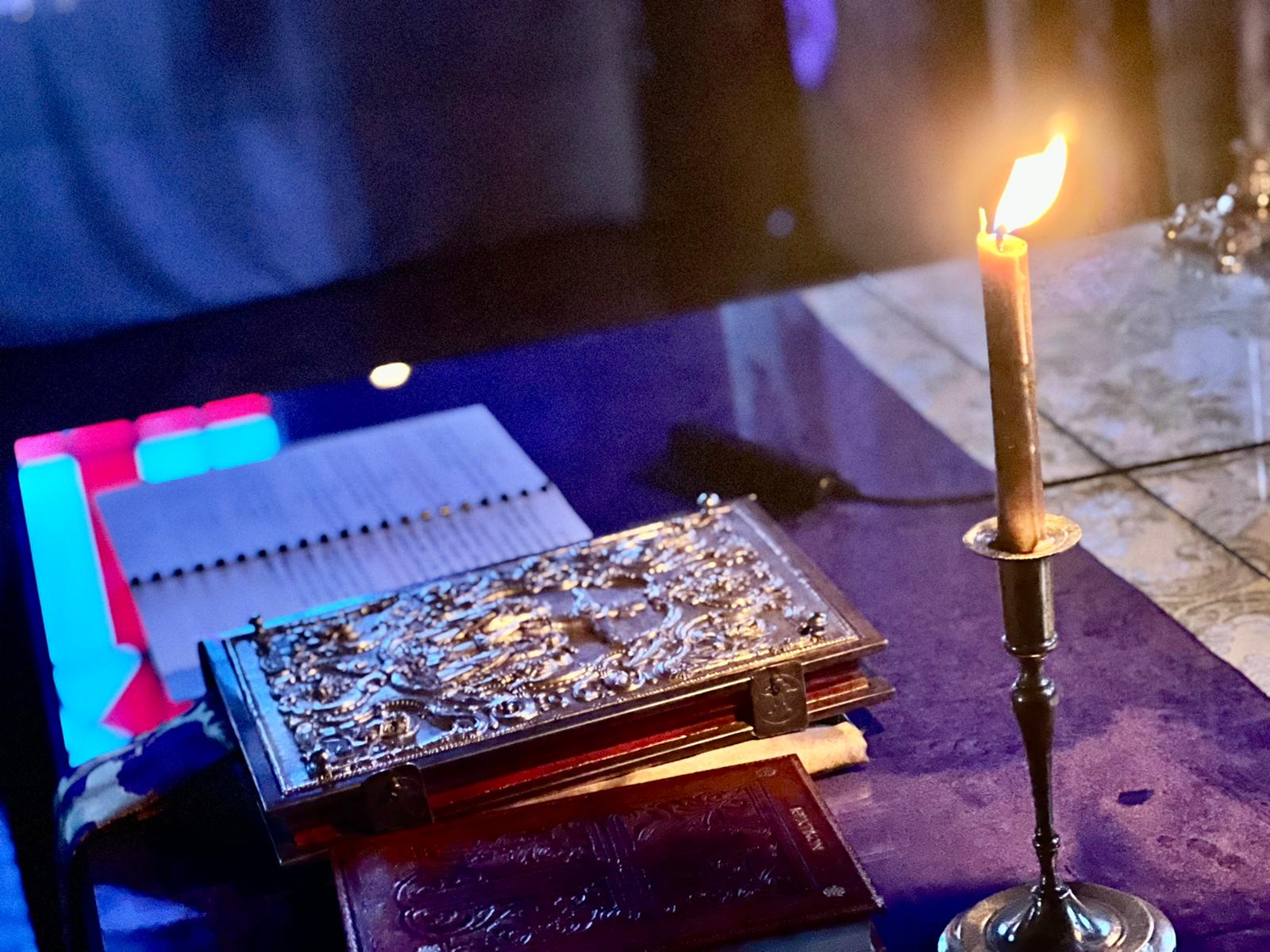 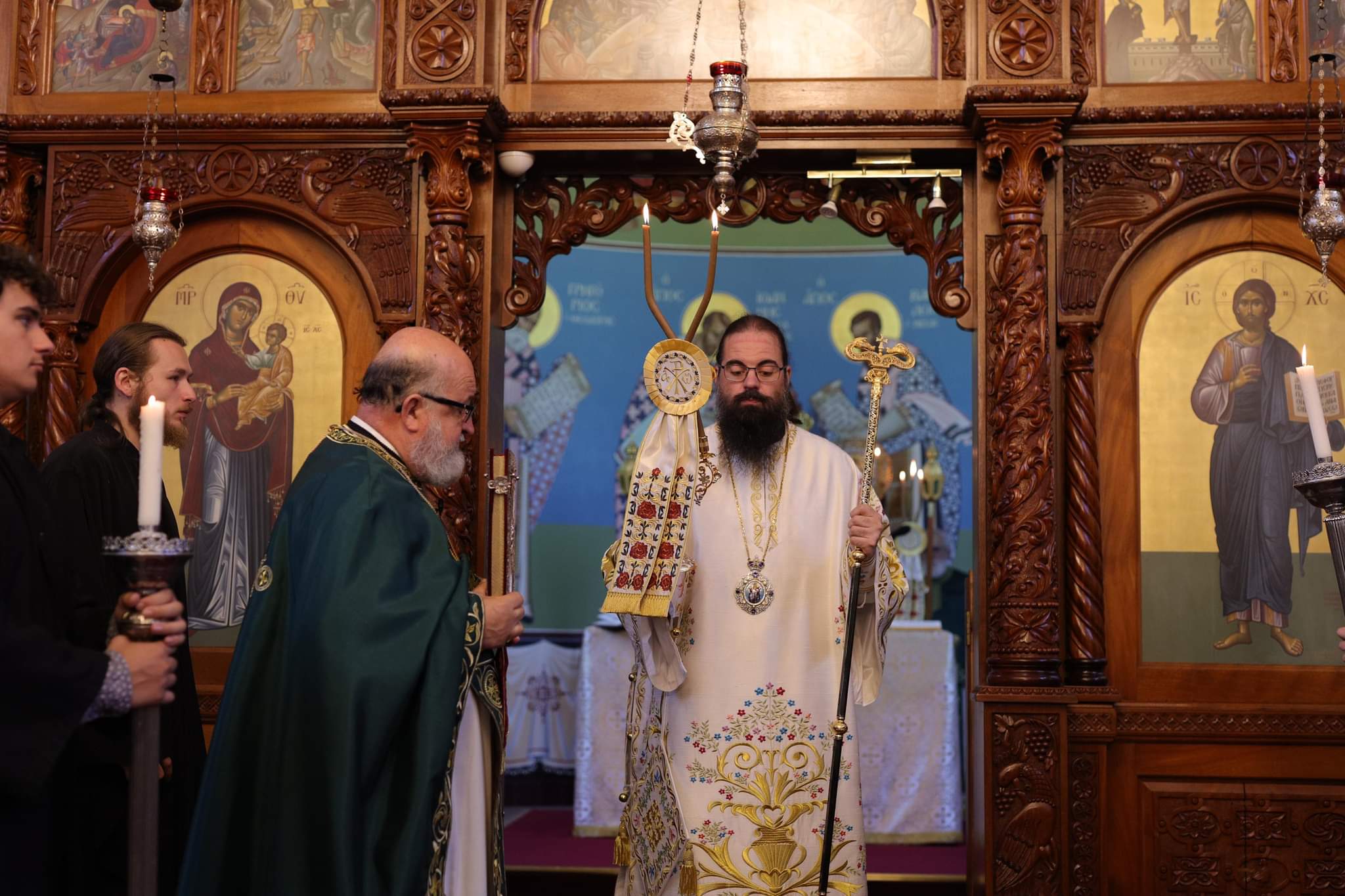 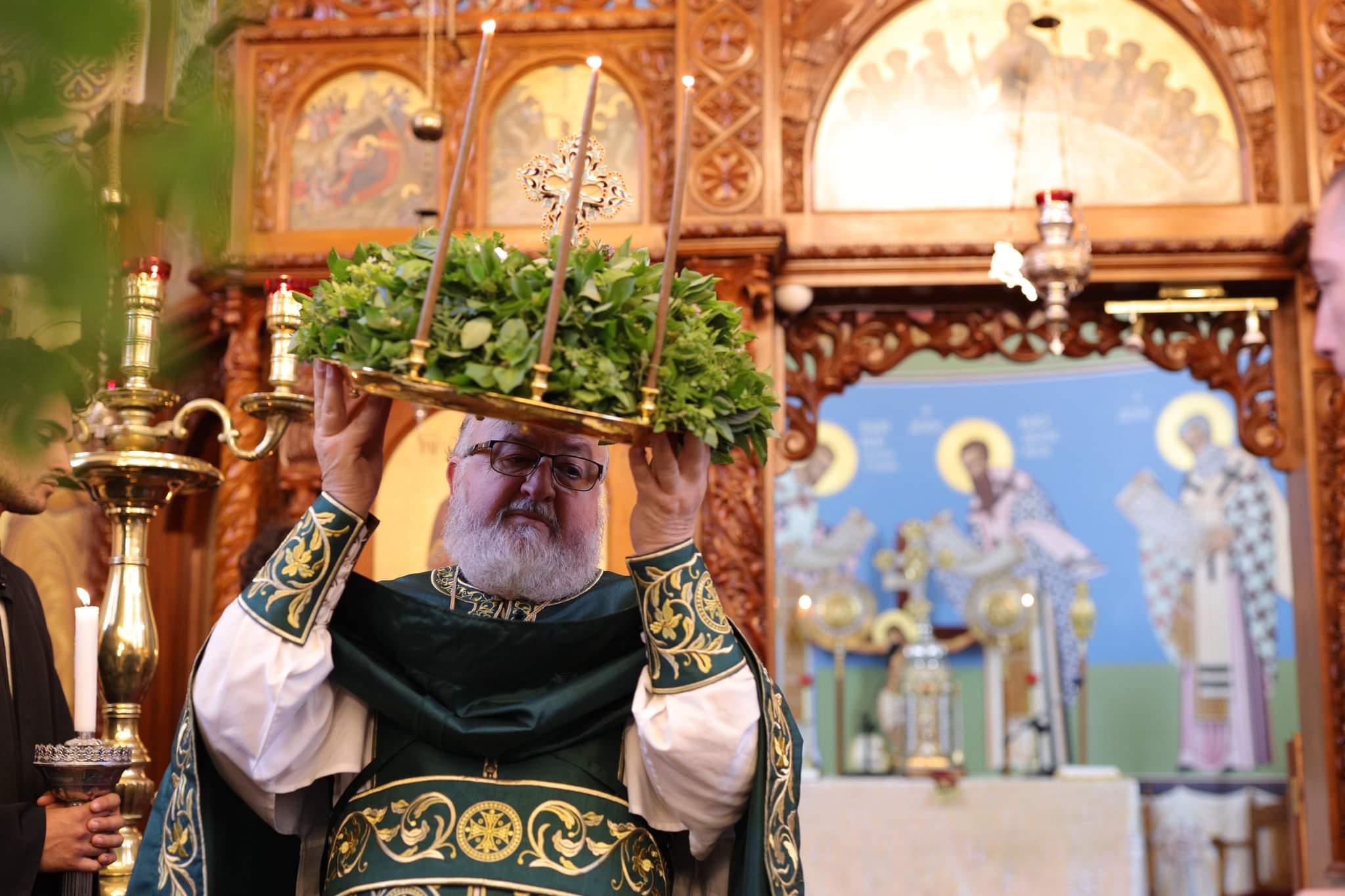 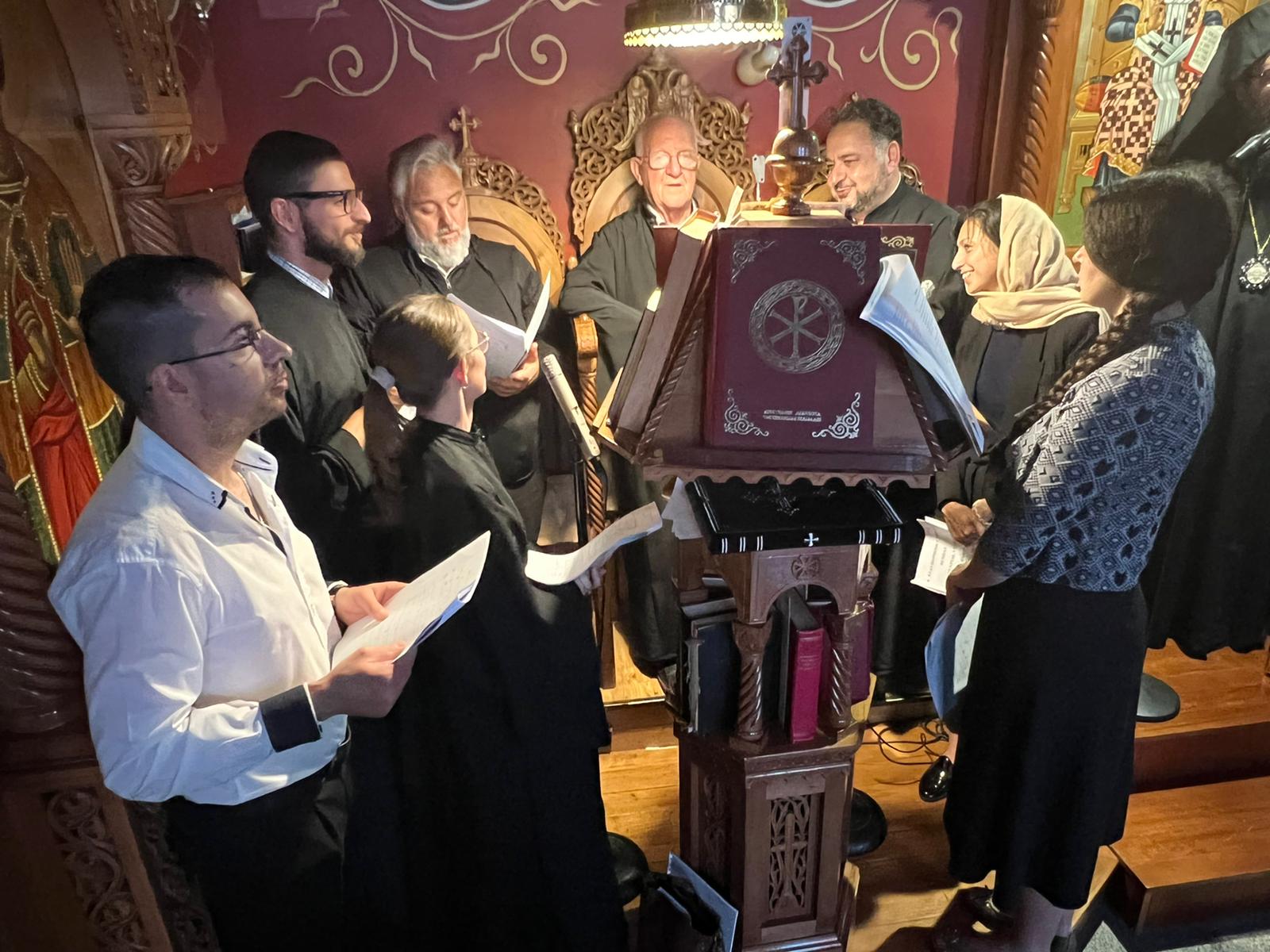 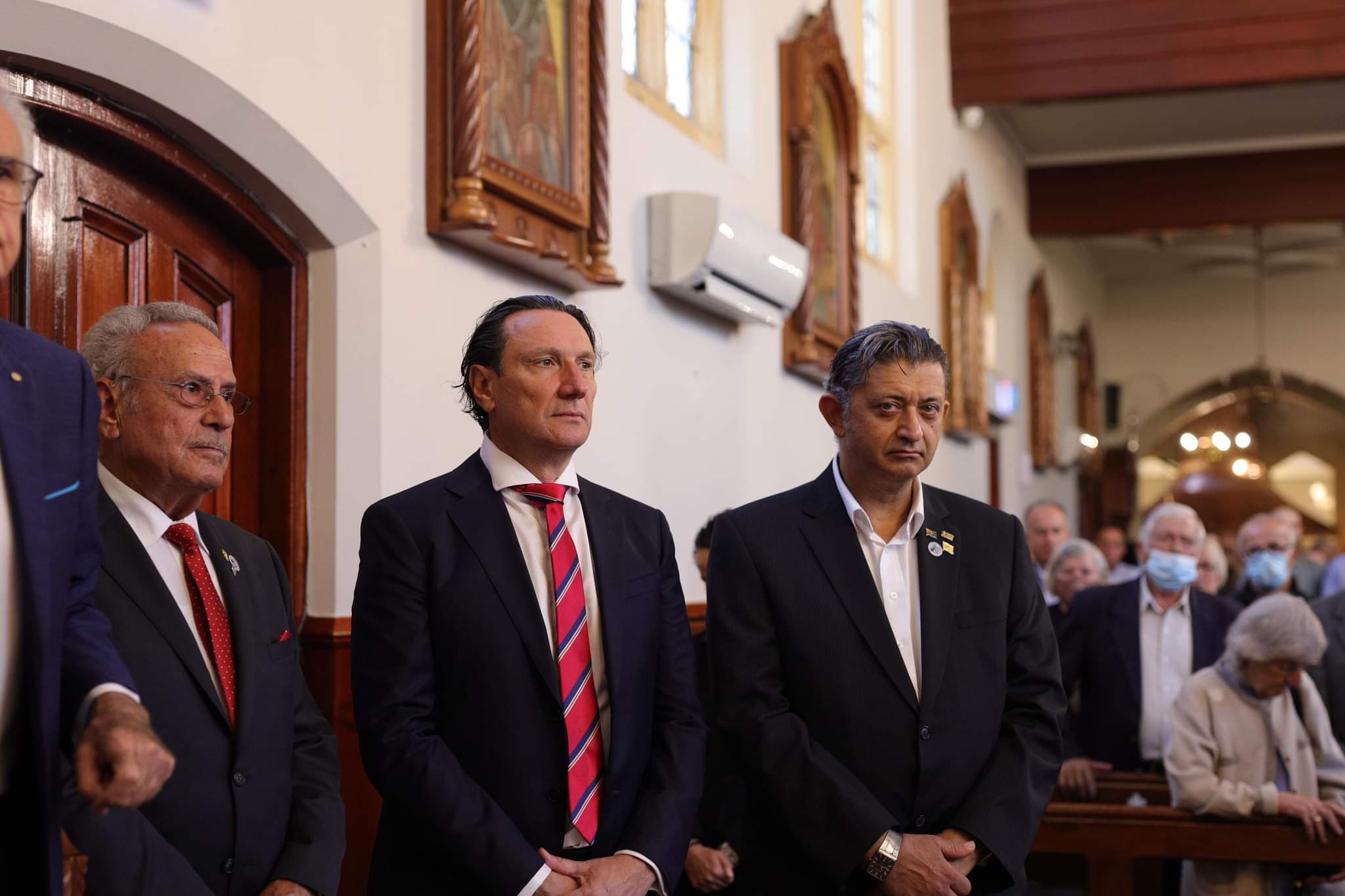 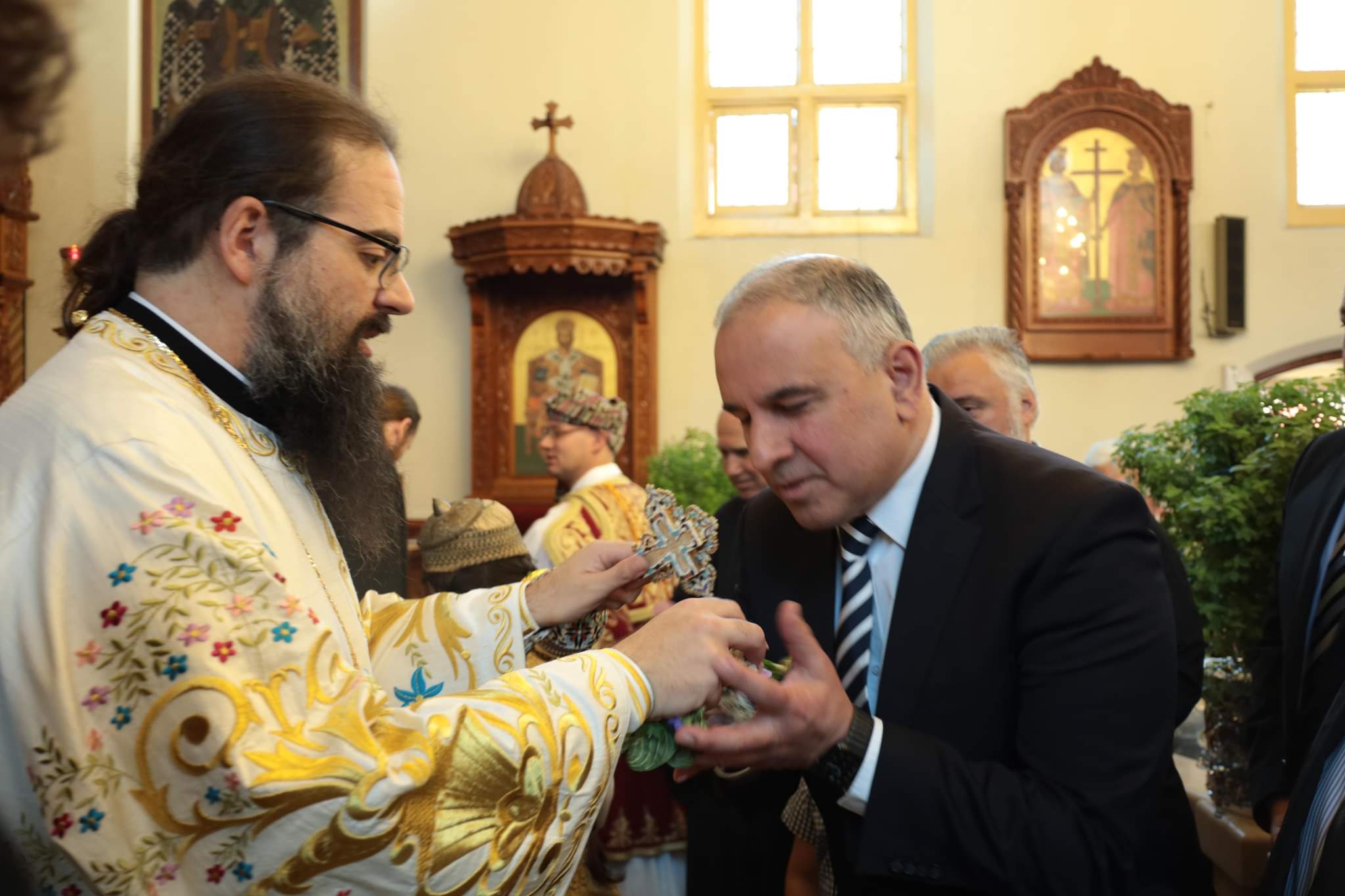 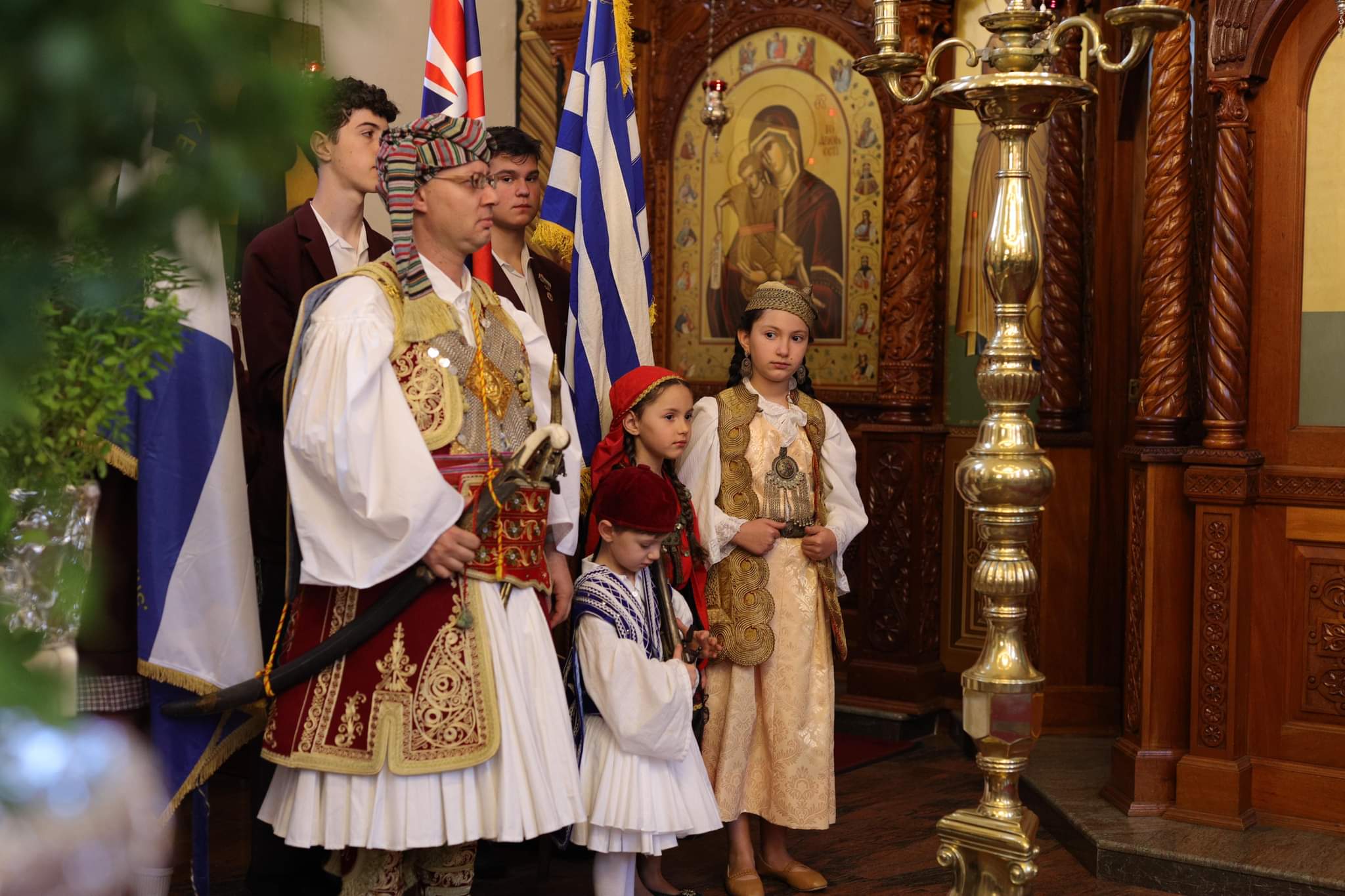 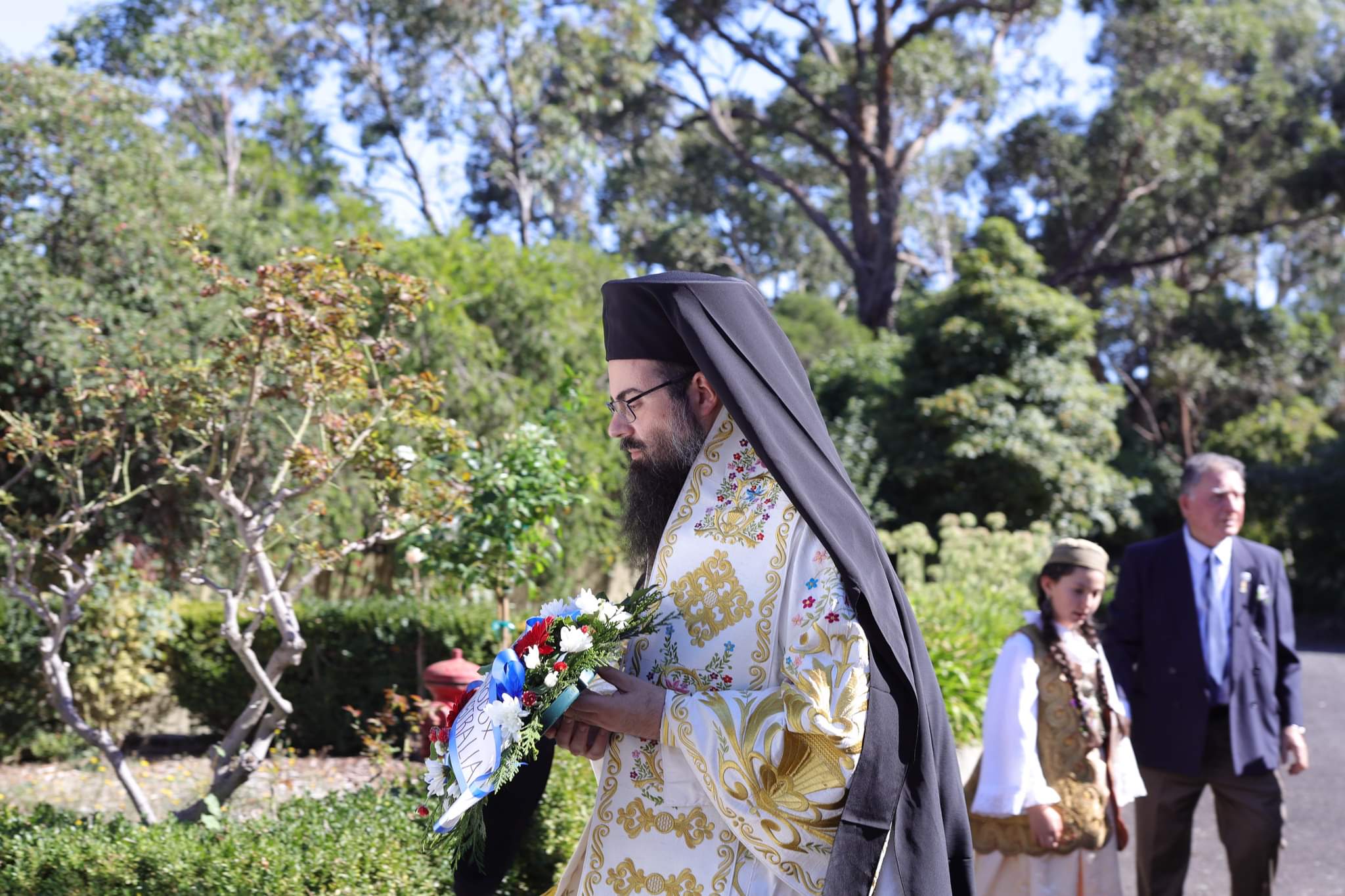 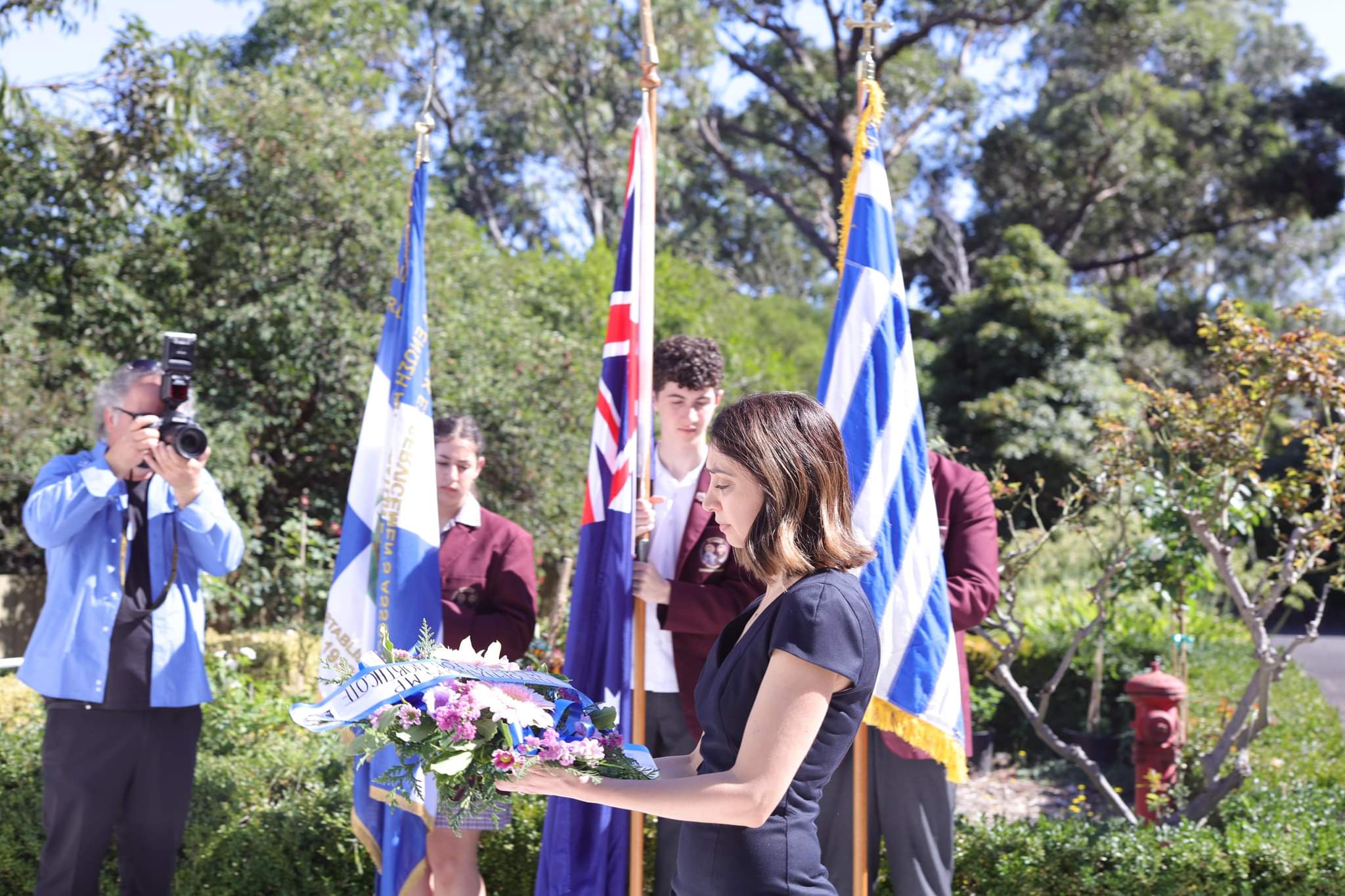 At the first start of the playoffs, the Greens of Gloucester Catholic’s Green without a Holy Cross hit, 15 fans in the 1-0 win

Adrianna Green was not entirely satisfied with her performance in her first game of the NJSIAA playoffs. Green, a sophomore at Gloucester Catholic High School, threw a hit, struck out 15 Holy Cross hitters on strikes and scored the lone run of the game as the third-seeded Rams, advanced to the South Jersey B non-public […]

Links to the breadcrumb High school “We thought it was a pretty good fight in the second half, and there was only one game to shake things up.” Publication date : November 14, 2021 • November 14, 2021 • 3 minute read • Join the conversation Saskatoon Holy Cross’ Charles Sawi directs the football as […]