On Sunday March 27, 2022, the third Sunday of Lent, Metropolitan Arsene of Austria and Exarch of Hungary presided over the Feast of the Veneration of the Holy Cross at St. George’s Church in Vienna, together with Fr. Aristide and Archdeacon P. Maxime.

Many believers participated in the Divine Liturgy and received the blessing of the life-giving Holy Cross. Metropolitan Arsenios prayed for the rest of the souls of the fighters of the Greek revolution, taking part in the celebration of 201 years since the declaration of the revolution in 1821. The official doxology of the national day was attended by the ambassadors of Greece, Aikaterina Koika, and from Cyprus, Elena Rapti, members of the Diplomatic Corps, students and professors of the National School of Vienna, representatives of institutions and associations of the Greek Community, as well as many faithful.

In his sermon, the Metropolitan referred to the feast of the Holy Cross and the meaning of the promotion of the Holy Cross by the Church, in order to strengthen the spiritual struggles of Christians in the midst of the forty-day fasting period, as the conceivable sign of the journey of the faithful towards the encounter with the risen Lord. The Cross, prefiguring the Resurrection, prepares us for a life in the example of our crucified Lord Jesus Christ, that is, in a spirit of sacrifice and love, with effort and labor in the struggle for the Hi, underlined the Metropolitan. Christians belong to the “Constitution of the Cross”, continued the Metropolitan, and they try to make the world the Kingdom of God. Metropolitan Arsenios also spoke of the abnegation of the combatants of 1821 and their heroic struggle to ensure the freedom of their descendants.

This was followed by the ceremony of the veneration of the Holy Cross and the official doxology for the Greek National Day on March 25. The Ambassador of Greece, Koika, gave a celebratory speech in which she presented over the years the greatness of Hellenism and the struggles of our ancestors for Freedom. She underlined the responsibility of today’s Greeks for the future of the homeland and the preservation of humanitarian ideals in Europe and in the world.

The large congregation, diplomatic authorities, representatives of institutions and associations, teachers with students attended a memorial service for the rest of the souls of participants in the struggles for liberation from Hellenism at St. George’s Church. This was followed by the laying of wreaths in front of the monument of National Martyr Rigas Feraios. The ceremony ended with the national anthem.

The Metropolitan then presided over the ceremony of the Veneration of the Holy Cross and spoke at the Cathedral of the Holy Trinity before the faithful Ukrainian refugees and the congregation of the 2nd Divine Liturgy. 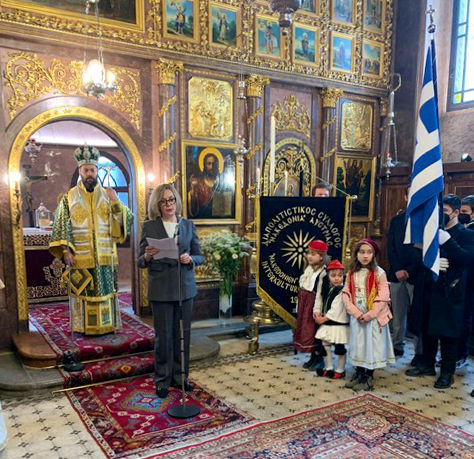 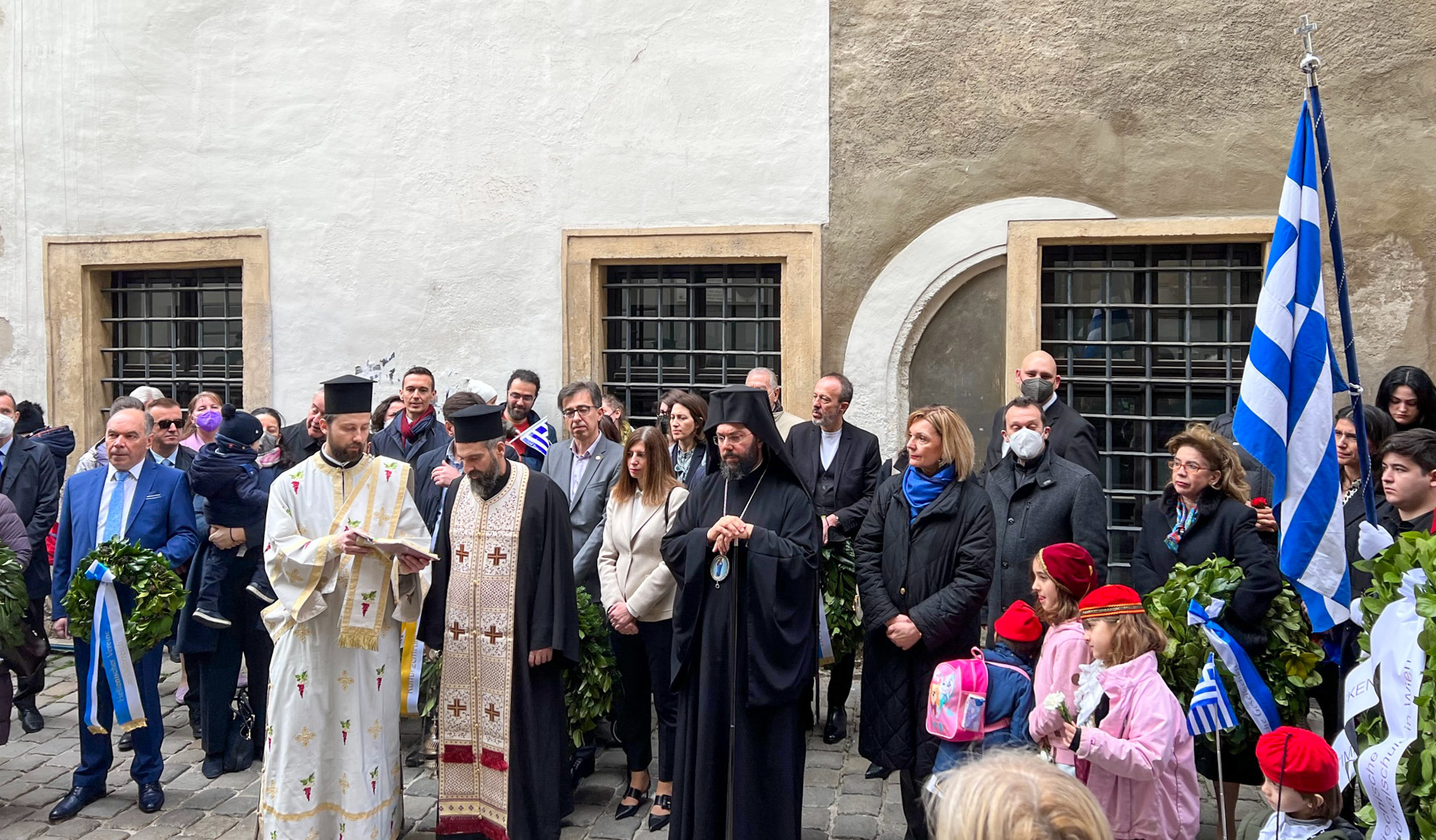