The Great and Holy Feast of Pentecost was celebrated in style in Tasmania’s capital, Hobart, at the Church of St. George the Great Martyr.

The festive Offices of Matins, Divine Liturgy and Vespers of the Holy Spirit (Kneeling Vespers) were celebrated by His Eminence Archbishop Makarios of Australia, accompanied by His Grace Bishop Kyriakos of Sozopolis and His Grace Bishop Bartholomew of Charioupolis.

It should be noted that the Archbishop is making an official pastoral visit to Tasmania this week, to meet with many state authorities and MPs, as well as the Tasmanian Orthodox faith.

At the end of the Pentecost Sunday services, His Eminence Archbishop Makarios of Australia analyzed the message of Pentecost and underlined that this feast of the Church is a call to unity and love for all .
“In unity all are called,” he characteristically recalled, noting that the Holy Spirit descended upon the Disciples when they were united and gathered “in one place,” “and with one one mind”.

A reception followed in the hall of the Greek Community, during which President Mr Nicholas Theodoropoulos welcomed His Eminence Archbishop Makarios and his entourage, while not failing to highlight his contribution to Australia during the three years of his ministry.

“You surprised us all and made us proud. We are close to you,” he characteristically emphasized, followed by cheers from those present who shouted, “Axios / He is worthy.”

The reception ended with a presentation of traditional Greek dances performed by Tasmanian youth. 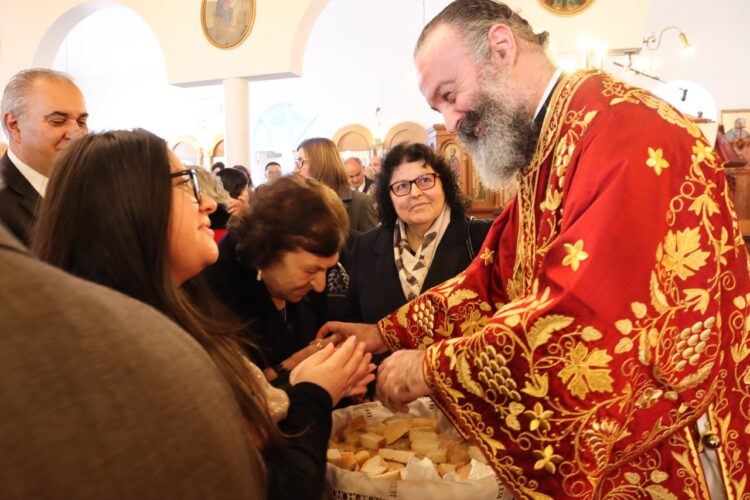 Pope Francis on Pentecost Sunday: “Open your heart to the Holy Spirit”

“Today, if we listen to the Spirit, we will not concern ourselves with conservatives and progressives, traditionalists and innovators, right and left. When these become our criteria, then the Church has forgotten the Spirit,” he observed. “The Paraclete urges us to unity, to harmony, to the harmony of diversity. He makes us see ourselves as […]

SERMONETTE: What happens when the Holy Spirit appears? | Guest columns

What happens when you completely surrender to the Holy Spirit? What is possible when you surrender completely to let him in and fill you with his presence and power? Let’s read Ephesians 3:14-21 (TPT translation). God says he can do super abundantly, far beyond anything we can ask or think. What do you need God […]

The feast of Pentecost Sunday and Holy Spirit Monday in Vienna

On Pentecost Sunday June 12, 2022, Metropolitan Arsene of Austria and Exarch of Hungary presided over the Divine Liturgy at the Cathedral of the Holy Trinity in Vienna, accompanied by the Athonite Archimandrite Fr. Nicon, the Protopresbyter of the Ecumenical Throne, Fr. Jean, Hieromonk Fr. Barthélemy, Elder Fr. Aristide, Archdeacon Fr. Maximus and a large […]